Nota Bene Period Orchestra was founded in 2001 by Daniel Zondervan, Michael Purves-Smith and Richard Cunningham. The intention was to perform music from the 17th and 18th century with special attention to the performance practices of the time. Nota Bene Period Orchestra was renamed to Nota Bene Baroque Players in the Fall of 2011. This change was made so that the name clearly reflected the orchestra's identity as Kitchener-Waterloo’s professional Baroque group.

Finally, in 2021, wishing to expand on the growing repertoire of  historical informed performances across the eras, the Nota Bene Baroque Players changed its name once more to that of the Nota Bene Players & Singers, bringing to its audience performances on authentic or replica instruments, and stylistically coming as close as possible to recreating what the composers from these earlier eras intended us to hear.

The Nota Bene Singers, celebrating it's 8th season, following their inaugural concert of the Messiah on Palm Sunday 2014, have established themselves as a leading professional chamber choir. Ranging in size from 16 to 18 singers, all of whom are soloists in their own right, this accomplished ensemble has presented impressive performances of some of the most demanding repertoire from the Baroque era. Under Howard Dyck’s dynamic leadership, the Nota Bene Singers' concerts are eagerly awaited throughout southwestern Ontario. 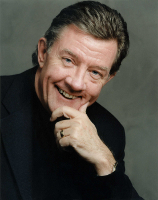 Howard Dyck is the Artistic Director of Nota Bene Players & Singers as well as Artistic Director Emeritus of the Grand Philharmonic Choir and Conductor Emeritus of the Bach Elgar Choir. His international conducting career has taken him to twenty countries on three continents. He is known to music lovers across Canada as the former programme host of Choral Concert and Saturday Afternoon at the Opera on CBC Radio.

Howard Dyck has received numerous honours for his contributions to musical culture, both nationally and internationally. He holds honorary Doctor of Laws degrees from the University of Waterloo and Wilfrid Laurier University, and is an Honorary Professor of Music at the Yunnan Arts University (Kunming, China). Howard Dyck is a Member of the Order of Canada, and a recipient of the Queen’s Golden and Diamond Jubilee Medals.